Seville, the capital of Andalusia, Spain, is a city rich in history and Spanish culture. Tourist attractions include the Gothic Seville Cathedral, the Alcazar palace, the Torre del Oro, and the Metropol Parasol, a wooden structure that offers panoramic views of the city. Visitors can also enjoy traditional flamenco dancing and explore the charming neighborhoods of Santa Cruz and Triana.

The Alcázar of Seville:

The Alcázar of Seville, also known as the Royal Palace of Seville, is one of the most popular tourist attractions in the city. It is a royal palace built in the Mudéjar style, which is a blend of Islamic and Christian architectural styles. The palace was originally built in the 14th century by the Muslim Moors and has undergone several renovations and additions over the centuries. Visitors can admire the intricate tilework, arches, and courtyards, as well as the beautiful gardens. The palace is also known for its stunning views of the city. Some of the palace’s highlights include the Court of the Myrtles, the Baths of Maria de Padilla, and the Hall of the Ambassadors. The Alcazar is a UNESCO World Heritage Site and it was also used as a filming location for the HBO series Game of Thrones. It is a must-see attraction for any visitor to Seville.

The Cathedral of Seville:

The Cathedral of Seville, also known as the Cathedral of Santa Maria de la Sede, is a popular tourist attraction and a must-see for any visitor to the city. It is the largest Gothic cathedral in the world, and it took over 100 years to build. The cathedral is home to many important works of art, including the tomb of Christopher Columbus. Visitors can also climb to the top of the Giralda tower, which was originally a minaret, for a panoramic view of the city. The interior of the cathedral is impressive, with soaring arches, intricate stone carvings and an ornate altarpiece. The Cathedral also houses a museum where you can find the works of famous artists like Murillo, Francisco de Zurbarán, and Pedro de Mena. The Cathedral is a UNESCO World Heritage Site, and it is considered one of the most important Gothic buildings in Spain. It is a must-visit for art lovers and history buffs alike.

The Giralda is a medieval bell tower located in Seville, Spain. It was originally built as part of the city’s mosque in the 12th century, and later converted into a bell tower for the adjacent cathedral. The tower stands at a height of 97.5 meters and is considered one of the most important examples of Moorish architecture in Spain. Its design is characterized by a series of ornate arches and a unique ramp that winds around the tower, allowing visitors to reach the top. The Giralda is also a UNESCO World Heritage Site and an iconic symbol of Seville. It is open to the public for tours and offers stunning views of the city.

The Torre del Oro is a military watchtower located in Seville, Spain. It was built in the 13th century by the Moors and was used to guard the mouth of the Guadalquivir River. The tower is cylindrical in shape and made of brick, with a conical roof and a series of merlons along the top. It was once part of a larger defensive system along the river and was used to spot incoming ships and protect the city from naval attacks. The tower’s name, “Torre del Oro,” translates to “Tower of Gold,” and is believed to have been named after the golden color of the tower’s roof tiles. Today, the Torre del Oro serves as a maritime museum and is open to the public for tours.

The Plaza de España is a grand public square located in Seville, Spain. Built in 1928 for the Spanish-American Exhibition, it is a fine example of the Regionalist Revival architectural style, which combines elements of Renaissance and Moorish design. The most striking feature of the plaza is the large semi-circular building that surrounds the central fountain, adorned with intricate tile work and colorful ceramics. The building houses government offices and is a popular spot for tourists to take photographs. The square is also a popular spot for locals to take a walk and relax. The Plaza de España is a UNESCO World Heritage Site and one of the most famous landmarks in Seville. The square is also surrounded by lush gardens, making it a peaceful spot to enjoy the beauty of the city.

The Metropol Parasol is a wooden structure located in Seville, Spain. It is considered the largest wooden structure in the world and is also known as “Las Setas” (The Mushrooms). The structure was designed by German architect Jürgen Mayer and was completed in 2011. It serves as a market, an events venue, and a viewpoint from which to see the city. The Metropol Parasol consists of six parasols, each supported by a group of white concrete pillars. The parasols are arranged in a way that creates a shaded plaza beneath, with a total area of around 28,000 square meters. The structure also features a museum, an archaeological site, and a restaurant on its top floor, with a panoramic view of the city. The Metropol Parasol is a modern architectural masterpiece that has become a popular attraction in Seville.
The Barrio Santa Cruz: a charming neighborhood with narrow streets, colorful buildings, and plenty of tapas bars.

The Real Maestranza Bullring is a historic bullring located in Seville, Spain. It is considered one of the most famous bullfighting arenas in the world and is a symbol of the city’s strong cultural ties to the tradition of bullfighting. The bullring was built in 1761 and has a capacity of over 12,000 people. The bullring is characterized by its ornate neoclassical architecture, with its characteristic horseshoe-shaped seating area, its elegant entrance and its various decorative elements. It is also known for the quality of its facilities, including the bullfighting school, which is considered one of the best in Spain. The bullring is open to visitors all year round, with guided tours available to learn about the history of bullfighting in Spain and the architecture of the building. The Real Maestranza Bullring is a must-see attraction for anyone interested in the history and culture of Seville.

The Museum of Fine Arts:

The Museum of Fine Arts, also known as the Museo de Bellas Artes de Sevilla, is a museum located in Seville, Spain. It is one of the most important art museums in the city, and it is home to a vast collection of paintings and sculptures from the 14th to the 20th centuries. The museum has works by some of the most renowned Spanish and international artists, including Murillo, Velázquez, El Greco, Goya and many others. The museum has a diverse collection of artworks that spans over many centuries, and it also has a collection of sculptures, decorative arts, and an impressive collection of drawings and prints. The museum is housed in an 18th-century palace, and it is a great place to learn about the art history of Seville. The museum is open to visitors, and it is a must-see attraction for anyone interested in art and culture.

The Seville Royal Tobacco Factory, also known as the Real Fábrica de Tabacos, is a historic building located in Seville, Spain. It was built in the 18th century and served as the main factory for the production of tobacco for the Spanish Empire. The factory is a beautiful example of the industrial architecture of the time, characterized by its large courtyards, grand arches, and ornate decoration. The factory was in operation until the early 20th century, and it has since been converted into a cultural center, housing a variety of museums, art galleries, and performance spaces. One of the most important museums inside the factory is the Museum of Arts and Traditions of Sevilla, which showcases the history of the city and its culture. The Seville Royal Tobacco Factory is a UNESCO World Heritage Site and a must-see attraction for anyone interested in the history and culture of Seville.

These are the top Spain tourist attractions that are worth visiting in Seville, but there are plenty of other things to see and do in this vibrant and beautiful city.

Seville is home to a variety of tourist attractions that showcase the city’s rich history and culture. Some of the must-see landmarks include The Giralda, a 12th century bell tower and a UNESCO World Heritage site; The Torre del Oro, a 13th century military watchtower; The Plaza de España, a grand public square built in 1928, showcasing a mix of Renaissance and Moorish design elements; The Metropol Parasol, the largest wooden structure in the world, serves as a market, events venue and viewpoint; The Real Maestranza Bullring, one of the most famous bullfighting arenas in the world, a symbol of the city’s cultural ties to the tradition; The Museum of Fine Arts, which has a vast collection of paintings and sculptures from the 14th to the 20th centuries, and The Seville Royal Tobacco Factor, a 18th century factory that serves as a cultural center now. 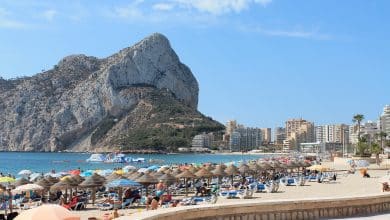 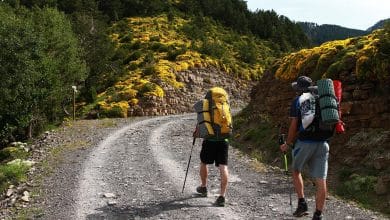 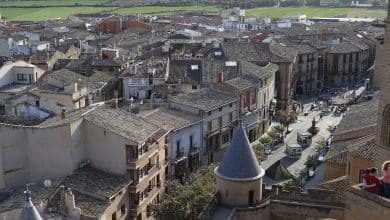 Palma tourist attractions and things to do