The Mercado de San Miguel, one of Madrid’s best instances of cast-iron architecture, opened in May 1916 as a local food market, but in 2009 it became the city’s first gourmet market. Since then, it’s been resurrected nine years later with a number of world-renowned chefs on board.

Table Of Contents show
Story of the San Miguel
It’s important to know when and where to visit the Mercado San Miguel.
Choosing what to eat in San Miguel
La Hora del Vermut
Mister Pinkleton
El Señor Martín

More than 10 million people visit each year to these popular attractions in the center of Madrid de los Austrias (Hapbsurg Madrid). The 30 stalls that make up the market’s fleet provide a broad variety of delicacies, from Galician seafood tapas to a large array of gourmet cheeses from all across Spain.

Among its offerings are the natural and homemade ice creams of Joan Roca (3 Michelin Stars) at Rocambolesc, the classic rice dishes of Rodrigo de la Calle (1 Michelin Star) at Paella, and the traditional tapas of the Arzabal Group at Madr by Arzabal, to name just a few.

Madreamiga, an artisan bakery run by baker Begoa San Pedro, chef Clara Villalón, and the co-founder of Grosso Napoletano Hugo Rodrguez de Prada; Prrimital, a meat-packing company; Picolisto, a tortilla-making company; and Quesera Quesoba, a cheese-making company based in Cantábria that uses milk from cows that graze on mountain pastures.

P.A.N, a well-known brand of high-quality corn-based food items, has returned to the market, along with a new stall owned by El Seor Martn, which specializes in Venezuelan cuisine, including the iconic arepas.

Visitors and residents alike go to San Miguel’s food market in Madrid. It is a one-minute walk west of Plaza Mayor from Calle Mayor. In 1835, it was renamed San Miguel do los Octoes, after the old church that inhabited the land. By 1911, it had been transformed into what it is today: a closed market. San Miguel’s 33 vendors provide a wide selection of fresh fruit, fish, and meats, despite the city’s high prices. The premium style of the market makes it a foodie’s dream come true, as well as some prepared meals.

You may learn about wine in Mercado San Miguel, where there are several wine shops and wine bars. Avoid the throngs of visitors by going to the market at night or in the early hours of the morning.

Story of the San Miguel

In the present San Miguel market, you may dine on tapas prepared by Michelin-star chefs. Modernization of markets like Barcelona’s La Boquera market or Lisbon’s Time Out Market, which tries to offer small traditional businesses an opportunity to compete with huge grocery chains and shopping centers, might be seen as a model for this market. A new trend is to select an area that can be refurbished without losing its essence while maintaining the traditional method of selling items and allowing customers to sample them while they are there.

However, the church of San Miguel de Octoes, which is famous for being the place where Lope de Vega was baptized, existed there long before this gourmet hub was even conceived. A fire that occurred in Plaza Mayor towards the end of the eighteenth century consumed the structure, and it was eventually demolished. The first food booths were erected in the church’s former parking lot many years later.
In 1916, a temporary market was transformed into the city’s primary grocery market thanks to the construction of the stunning structure you see today. The monument category of the Asset of Cultural Interest designation was given to the location in the year 2000. The construction of the building is noteworthy since it is one of the few remaining instances of cast-iron architecture in Madrid.

In addition, the building’s lofty ceilings, large cast-iron columns, and ceramic embellishments make it worthwhile to pause and admire the building’s magnificent aspect. There are two floors: the main level, which is broader than it appears due to the constant crowds, and the basement.
Second-life shopping mall in the heart of the San Miguel district
The Community of Madrid restored the historic market building in 1999 using European funding, which is why it is in such fine shape now. A new idea for the market was introduced in 2009, which combined the area’s core commercial activities with tapas booths serving high-end food. As a result, we can now stroll among its thirty stalls and sample the finest of Madrid’s traditional cuisine, as well as purchase delectable goods from all over Spain, as well as sample tapas inspired by dishes from far-flung corners of the country.

If you’re in the country, don’t miss the variety of rice dishes (seafood rice, vegetable rice, black rice…) and Rodrigo de la Calle’s ‘fideuà’. Casa Lhardy, known for its tripe dish, or Grupo Arzábal, which has traditional beer and a wide range of croquettes, such as Idiazabal cheese, boletus, fish, Iberian ham, and shrimp croquettes, are must-stops for traditional tapas fans. Additionally, Amaiketako, which specializes in Basque goods and El Seor Martn are two of the most well-known seafood vendors in the area, serving up Sanlcar King Prawns, Huelva Prawns, and famed Cadiz-style fried fish. Galician seafood, Iberian ham from Guijuelo, preserved fish, and much more can be found at the market.

San Miguel market offers a variety of interesting alternatives for those who prefer more distant gastronomic dishes, such as the four-Michelin-star chef Ricardo Sanz’s Kirei by Kabuky, which offers a variety of sushi and sashimi as well as soup and noodle dishes; Roberto Ruiz’s Tacos, Margaritas y Punto, where you can sample the specialties of Mexico’s Aztec country; and not to be forgotten, the world-
You should also check out El 19 de San Miguel’s wine list and La Hora del Vermut if you intend on enjoying an aperitif. The Horno de San Onofre bakery is one of the most well-known dessert shops in the city, serving up traditional nougat, chocolates, and cakes. In addition to El Celler de Can Roca’s famous dessert menu, Jordi Roca has an ice cream business called Rocambolesc, where he makes his own flavors of ice cream. To put it another way, when you go into the San Miguel market, you’re entering a culinary shrine in the middle of Madrid. It may be difficult to locate a seat, but the effort will be worthwhile.

It’s important to know when and where to visit the Mercado San Miguel.

Sunday through Thursday, the San Miguel Market is open until midnight and opens at 10 a.m. every day. It shuts an hour later on Fridays and Saturdays, at 1 a.m.

When to go to the market is a personal choice based on the type of experience you’re hoping to have. If you want to avoid the crowds, arrive early in the morning while the sellers are just setting up shop for the day. While you’re at it, take advantage of this no-hassle method to see a Madrid landmark (and snap a few memorable images). More people begin to arrive around midday and just before lunchtime, but now is the best time to visit if you’re looking for a vibrant market atmosphere. Even if you don’t feel like going out for dinner, there’s always the option of a tapas crawl or some pre-dinner cocktails in the market!

Choosing what to eat in San Miguel

Considering the Mercado de San Miguel’s high visitor traffic, we wouldn’t be surprised if you thought the cuisine was pricey and mediocre—but you’d be incorrect! Food at reasonable rates may be found in this market if you know where to search.

The San Miguel Market has everything from fine hams and cheeses to a wide variety of fresh fruits and vegetables. It’s easy to lose track of time wandering around the many vendors selling regional specialties from all across Spain. The San Miguel Market offers a taste of several of Spain’s 17 autonomous areas that you may not have time to see on a single trip.

You’re having trouble deciding where to go? Devour Madrid guide Joy has some recommendations on places to eat at the Mercado San Miguel.

You’ll want to have your taste buds primed before you start exploring the market’s offerings. Vermouth, Spain’s favorite aperitif, is the best method to achieve this!

La Hora del Vermut has a wide assortment of bottled vermouths from all throughout Spain’s attractions, as well as superb vermouth on tap. To round up your tapas tour, pick up some olives, pickled banderilla skewers, and marcona almonds.

This wine bar may have a Spanish name, but don’t be fooled. Everything from Galician albarinos to Andalusian sherries and more may be found in Mr. Pinkleton’s cellar. Grab a drink and enjoy it as you shop!

Despite being totally landlocked, Madrid features some of Spain’s finest seafood, and El Seor Martn at Mercado San Miguel is the greatest spot to sample it. If you’re in Madrid and looking for a great place to get your hands on the best fish of the day, go no further than this tapas joint. On the spot, they’ll cook it up to your specifications! 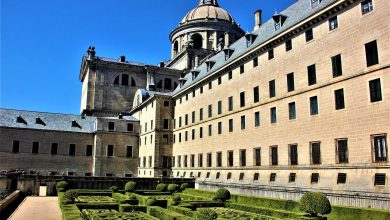 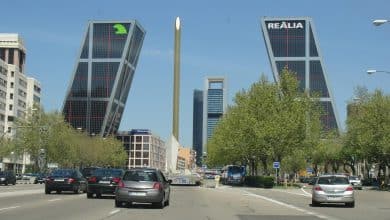 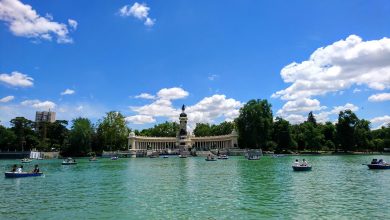 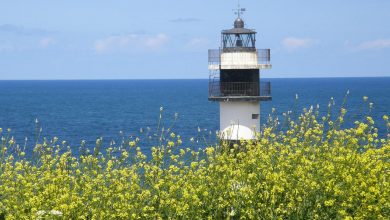 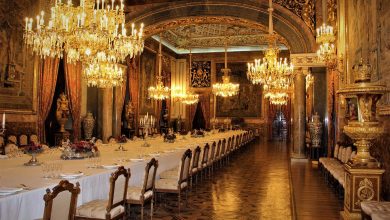 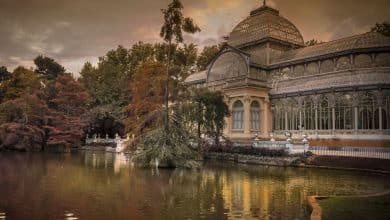 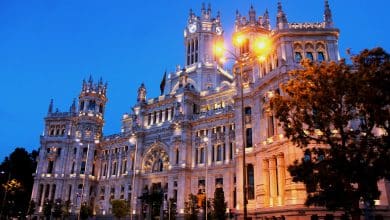 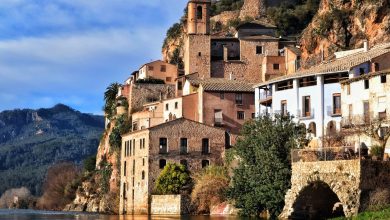